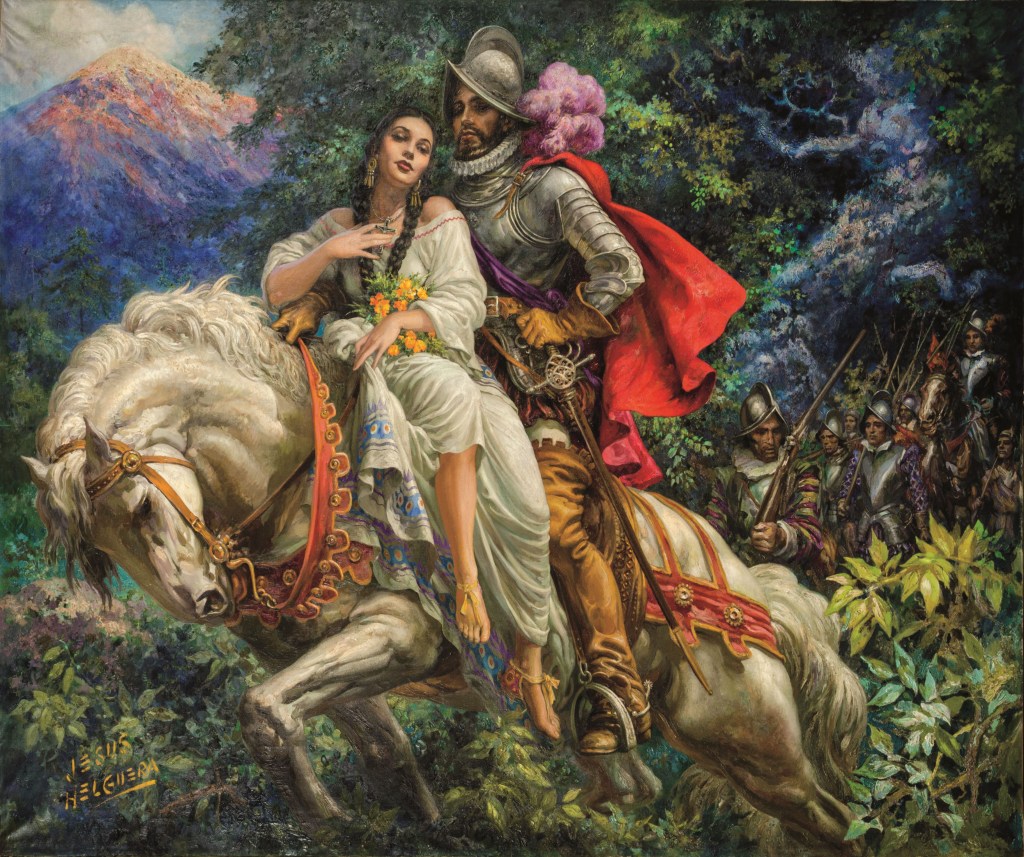 The Denver Art Museum’s â€œTraitor, Survivor, Iconâ€ is an exhibition built around a question: Was La Malinche a hero or a traitor?

Was the 16th-century native enigmaâ€”who was traded into slavery as a youth before becoming a mother figure in modern Mexicoâ€”a victim and, therefore, a righteous role model for generations of women?

Or was she a conspirator who profited from the sale of her own people to an enemy of the Spanish conquistadors, helping to bring about the tragic and violent downfall of a proud civilization?

The exhibition presupposes an answer to this direct but too broad question: that Malinche, who worked as an interpreter for HernÃ¡n CortÃ©s and gave birth to his child, was a noble victim who did what she had to in order to survive. Or perhaps it is inevitable that museum visitors, five centuries later, in an age of belated empathy for the exploitation of women, will see her that way.

But the exhibition, a foolproof spectacle both in terms of its arguments and its clever testimonies, leaves room for skeptics. It quite airs the prospect of popular opinions, past and recent, that Malinche was the devil in pigtails and a huipilthe traditional tunic that was a fashion stable of its day.

Surprisingly, and thanks to the diligent efforts of its organizers, the exhibition supports both cases through works of art, paintings, sculptures, prints, drawings, textiles and videos that show how the artists expressed their judgment of Malinche over the past 500 years.

By bringing together pieces across time, curators Victoria I. Lyall and Terezita Romo have put together a narrative that combines both the biographical account of Malinche herself with a dramatic story of how popular opinion s has been turned for and against it over time.

In this sense, it is a show within a show that offers a double pleasure, that of learning a bit of North American history, as well as that of appreciating works of art, from sculptures Aztec stonework of female figures from the 1400s that marked the from stage to performance videos created in the present, multimedia moment that highlight the conflict in Malinche’s various interpretations.

There are, in the mix, a number of inspired offerings, including Antonio RuÃ­z’s 1934 “Malinche’s Dream”, a surreal oil painting that depicts Malinche sound asleep, her body intertwined with scenes from the city of Cholula, which was brutally destroyed by CortÃ©s in 1519.

There are also contemporary works, like Annie Lopez’s series of black-and-white family photos overlaid with text that connect Malinche’s story to the plight of today’s women who are often stigmatized for their personal appearance.

There are pieces that glorify Malinche in something close to saintliness. Jorge GonzÃ¡lez Camarena’s “The Couple” from 1964 is a monumental painting that depicts CortÃ©s and Malinche standing tall and brave as Mexico’s mother and father, sharing both power and companionship. The mixed fruits of their union forged the diversity that defines Mexico today.

Conversely, there are works that challenge Malinche’s character with an equal lack of subtlety, such as Chicano artist David Avalos’ 1989 assemblage “Combination Platter #3”, which fashions a hubcap, a saw blade and other materials into a “toothed vagina” with all the implications that such an invention might entail.

The exhibition label for Avalos’ work includes a quote from the artist: “The circumstances of our birth are always a source of terror and fascination” – and this goes straight to the heart of the set “Traitor , Survivor, Icon”.

The majority of Mexicans today are mestizo, or mestizo, with DNA from both Indigenous and European. They are neither purely the descendants of oppressed natives nor fully the oppressors themselves. They are something of both, and these conflicting aspects of self-identity alternately manifest through the story that identified Malinche.

You could extrapolate this notion, critically, to see it as an exploration of the light and dark that exists within each of us.

There is anger and shame in Malinche’s treatments as a traitor that dominated time after his death in 1529. Additionally, there are great moments of pride in power in more recent depictions of her, often by Chicana artists, who resurrected her reputation. as a hero and a source of strength. The show is replete with later examples, including Cecila ConcepciÃ³n’s 1995 subversively titled portrait “Malinche Had His Reasons.”

But curators are wise to let the art do the talking and drop the record where it can, and they do it in dramatic fashion. The highlight of the exhibition is a double presentation of two very similar large oil paintings, never exhibited together before and borrowed from Mexican churches with great conservation skill by the DAM team.

Both celebrate (for better or worse, depending on the viewer’s beliefs) the conversion of native leaders to Christianity as they are anointed with holy water, and both have Malinche in the crowd of watchers at the baptism, agent and collaborator conquerors, a supporter of their cause that viewers of the painting could imitate.

But in the first scene, which was aimed at a predominantly Spanish audience, Malinche is light-skinned, like the European invaders of present-day Mexico. In the second, intended for the increasingly mixed population that developed in the decades that followed, Malinche has dark skin like many inhabitants.

Same woman, two faces. The difference in how Malinche is depicted comes from how people were to use her legacy for their own purposes over time. That hasn’t changed.

Malinche may have been good or bad. In a way, it doesn’t really matter. Because in that duality â€“ in the unanswered questions about his character â€“ lies a truth that we are all exploiters, that we all use history to our own advantage.

This extends to art. We use paint, clay and bronze to steer our stories towards the versions we want others to believe. This is a powerful exhibition that understands the role of art as a narrative device, but also its propaganda power. The exhibits were not chosen because they are the finest examples of art or craftsmanship; some are, some are not. They were chosen because they help tell Malinche’s story.

In this sense, â€œTraitor, Survivor, Iconâ€ is a different exhibition from what museums tend to present today: it is not an exhibition built around masterpieces. Still, it’s a masterpiece of a show.

Subscribe to our weekly newsletter, In The Know, to receive entertainment news straight to your inbox.

Cash On Your Mobile indicates the advantages of fast cash loans