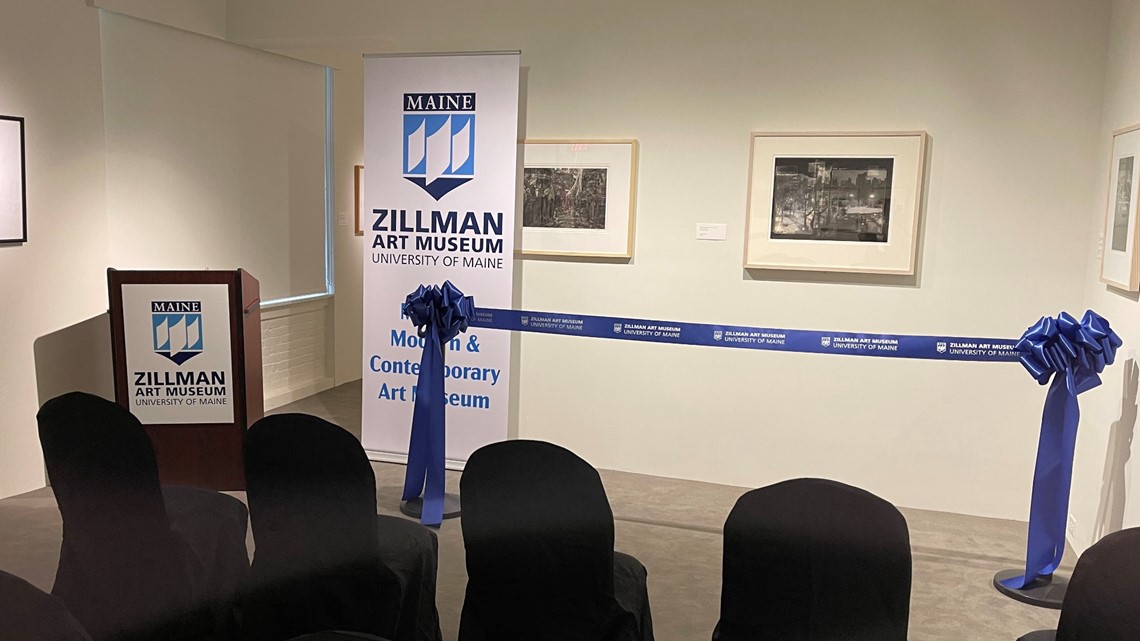 BANGOR, Maine – The Zillman Art Museum at the University of Maine in Bangor on Thursday unveiled its new exhibition space in a groundbreaking ceremony.

The university said the expansion was made possible in part by a $ 1.3 million donation from the museum’s namesakes, Donald and Linda Zillman, longtime residents of Maine before moving to Santa Fe, au New Mexico. Several other individuals and foundations contributed an additional $ 300,000 to the project.

The five new galleries feature contemporary collections from a number of nationally recognized artists from San Francisco, Los Angeles, Boston and Miami. The works of an artist based in the Czech Republic are also on display.

Don and Linda Zillman were delighted to see this new exhibit come to life. They drove from Sante Fe to Bangor for Thursday’s opening.

“In particular, we want this to be a place where kids, kindergarten age, get exposed to art. I’m just dreaming of, you know, here are the kids coming in and taking a peek. eyeing that guy over there, the dog, and saying, “That’s neat! I could do it, â€orâ€œ I would like to do it. â€Or even, ‘If I don’t feel like I can do it, I want to be able to enjoy it for the rest of my life,’â€ Don said.

The galleries increase the space of the museum by 42%. New exhibits featured include: Anne Arnold: The Soul of It; Shona Macdonald: tender earth; Open objective: photographs from the collection; Sidney Russell: The big point; Emily Eveleth: Possessive future; Roman Franc: Look at the Birdie; Amy Stein: Domesticated; and Inflorescence: works from the collection.

The exhibition opens to the public on Saturday September 11 at 10 a.m. The museum is open from Tuesday to Saturday from 10 a.m. to 5 p.m.