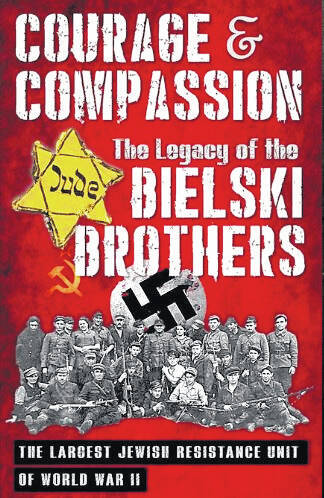 FAYETTEVILLE – The US Army Airborne & Special Operations Museum will exhibit “Courage and Compassion: The Legacy of the Bielski Brothers” through November.

This original, award-winning exhibit showcases the heroic efforts of three brothers who helped save over 1,200 people while living in the forest during World War II.

The history of the exhibition

Operating in West Belarus (Belarus) between 1942 and 1944, Bielski’s partisan group was one of the most important Jewish resistance efforts against Nazi Germany during World War II, according to the museum. As shown in the popular film “Defiance”, the three brothers, Tuvia, Asael and Zus Bielski, took refuge from the Nazis in the forests surrounding Novogrudok, Belarus. In the forest, they formed a community of men, women and children.

Thanks to the leadership of the brothers, the group survived famine, harsh winters and the threat of the Nazis and their collaborators.

As its members fought against the Germans and their collaborators, the leaders of the Bielski group focused on providing a safe haven for Jews, especially women, children and the elderly who managed to flee into the forests.

For more than two years, the brothers commanded their partisan unit in the Belarusian forests. Under the protection of the Bielski Group, more than 1,200 Jews survived the war, one of the most successful Holocaust rescue efforts.

Their acts of rescue in extremely dangerous times are a monument of courage and compassion. The Bielski brothers can be called Upstanders, individuals willing to put their own lives on the line on behalf of others. This exhibition tells their story.

“Courage and Compassion: The Legacy of the Bielski Brothers” is on loan from the Florida Holocaust Museum and is on display in ASOM’s temporary gallery until November 13.