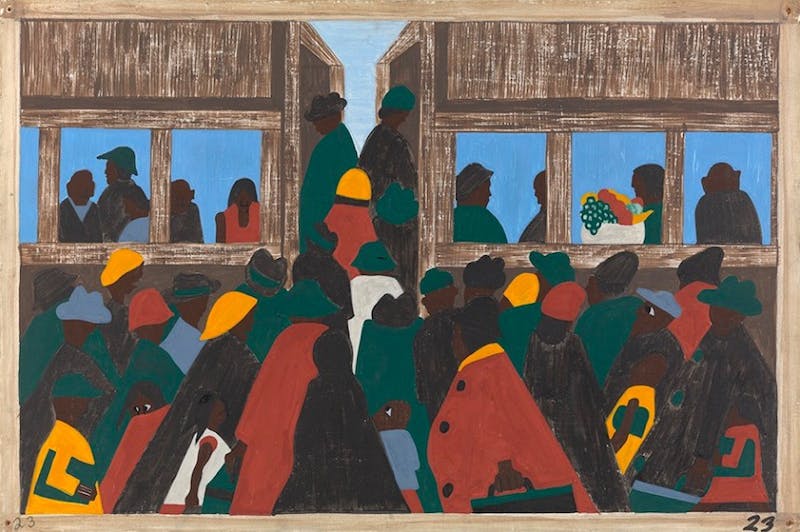 Considering racial history in the United States leads us to explore the work of black artists and other artists from diverse backgrounds. In an effort to be inclusive, six different exhibits featuring black artists in major DC museums educate the public about the cultural and political experiences of blacks.

The Hirshhorn Museum and Sculpture Garden has a Mark Bradford exhibition on Pickett’s Charge, which was the last charge of the Battle of Gettysburg during the Civil War. Bradford is a Los Angeles-based artist who won the MacArthur Genius Award in 2009 and the US Department of State Art Medal in 2015. Pickett’s Charge is Bradford’s very first solo show in DC. The work is a 45-foot-long paper art installation depicting the battle. This exposure is open until 2021.

Another exhibition, which is now part of the permanent collection, presented in this museum is entitled “A Changing America” with a focus on 1968 and beyond. The exhibition covers the assassination of Martin Luther King Jr., the election of Barack Obama and the Black Lives Matter movement. Chronicle of black history after the civil rights movement, the exhibit provides a context connecting key developments to one another. The historical analysis offered by the exhibition is enlightening as our country continues to face racial tensions and civil rights struggles.

The DC Public Library houses a Go-Go Archives available for public viewing. Go-Go music is a sub-genre of funk that originated in DC. The Go-Go Archives feature commemorative artifacts from DC’s original music scene in memory of local musician Chuck Brown. Most of the archived material is CDs, audio recordings, photos, posters, flyers, videos, DVDs, and concert ticket stubs. Anyone can contribute material in the collection, as long as it is related to Chuck Brown or any other Go-Go musician. The archives are accessible free of charge online.

Jacob Lawrence: The Migration Series, a multimedia exhibition at the Phillips Collection, focuses on the Great Migration through the lens of artist Jacob Lawrence. It features paintings that show black migrants traveling to northern cities from the south due to segregationist laws and lack of economic opportunities. The Great Migration is an important period in American history, since it marks the beginning of a demographic change since more than 6 million African Americans migrated. Lawrence’s paintings show different points along the northern journey and the conditions the former slaves found themselves in. Lawrence’s paintings can be seen in line.

Despite these museums devoted to black art, a 2019 to study by a professor at Williams College found that museum exhibits are dominated by white artists. According to USA Today item, some museums are now making more efforts to include black artists in their exhibitions. The 2019 article also explains that only six percent of the works in the National Gallery of Art are by black artists. The Black Lives Matter movement continues to fight for racial justice in all its forms, and these exhibits are a start for museums to broaden the representation of black artists.