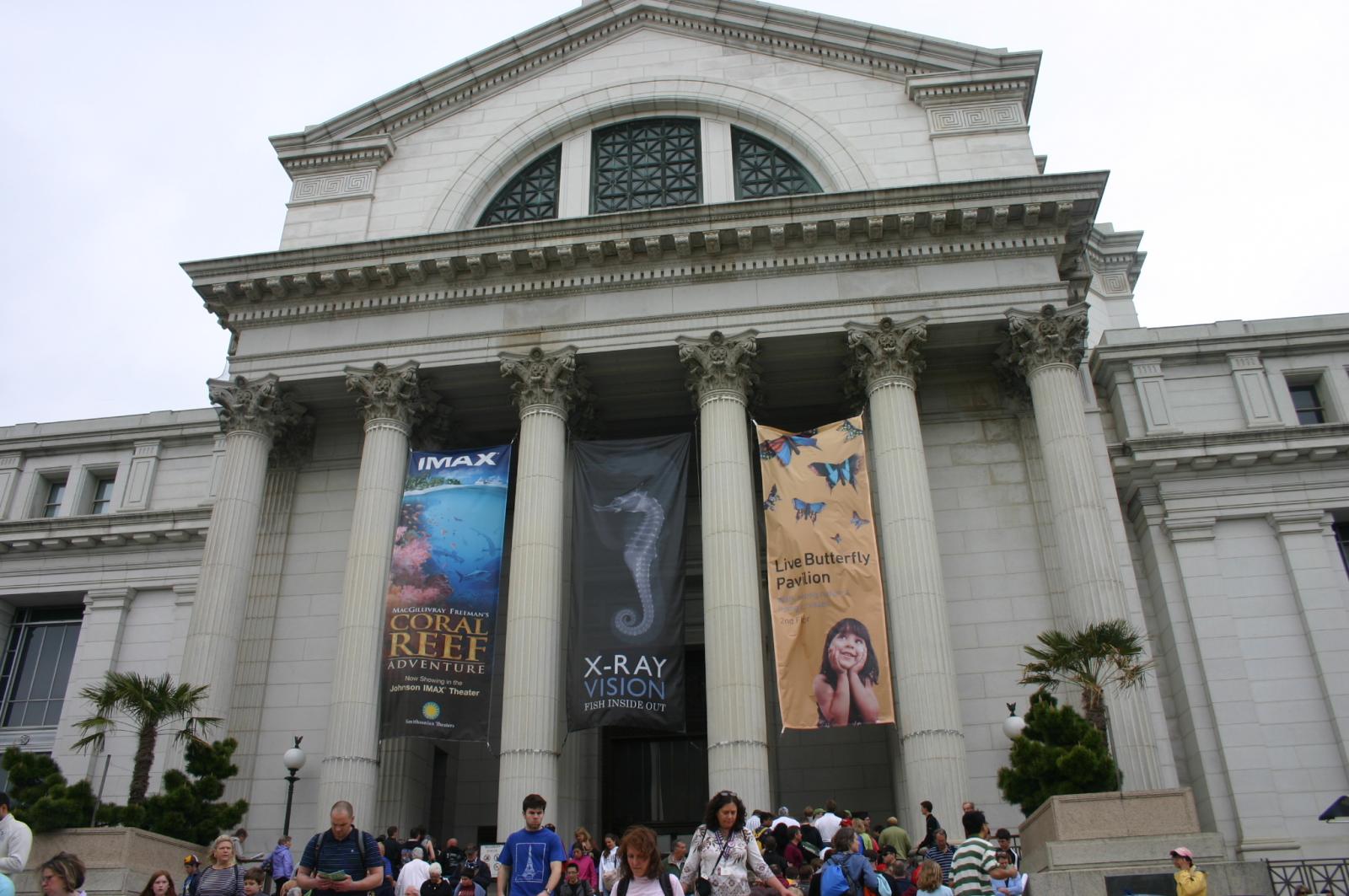 Hundreds of museums across the country, including some of the most prestigious, are invited by more than 30 scientists to sever their ties with the fossil fuel industry.

In a letter Sent to more than 330 science and natural history centers on Tuesday, the researchers said that when “some of the biggest … funders of climate science disinformation” donate millions of dollars to science-driven museums , this acts to “undermine public confidence in the validity of institutions.”

“Museums are struggling with budgets and these donors are bringing in significant sums of money,” said Beka Economopoulos, co-founder and director of the Natural History Museum in Brooklyn, a new educational organization that coordinated the letter. â€œMuseums, even unintentionally, are unlikely to bite the hand that feeds them. There is a threat of self-censorship when philanthropy is used to make museums more reluctant to offend the donor, or certainly to criticize the donor’s practices.

The campaign comes just weeks after the release of public documents showing that Smithsonian-affiliated astrophysicist Wei-Hock (Willie) soon published articles claiming that the sun, not greenhouse gases, is driving the modern climate change after receiving hundreds of thousands of dollars in fossil fuel interest. . He later failed to disclose this funding in academic journal conflict of interest statements.

Museums are among the most popular tourist destinations in the world, especially for families. Scientific institutions were four of the 10 most visited museums in the world in 2014.

Concerns about these museums’ close financial ties to major oil and gas donors have been mounting for years. Fossil fuel billionaire David Koch, for example, serves on the boards of the American Museum of Natural History in New York and the Smithsonian’s National Museum of Natural History in Washington, DC Koch gave the Smithsonian $ 15 million for building the Hall of Human Origins, which opened in 2010. The exhibit has been widely criticized for ignoring the role humans play in modern climate change and the challenge it poses to modern society.

Koch and his brother Charles have donated millions of dollars to organizations that question the validity of climate science and try to slow climate action.

“Having certain people on the board can change the conversation in a museum,” said James Powell, geochemist and past president of the Franklin Institute Science Museum in Philadelphia and the Los Angeles County Natural History Museum. He is a signatory of the letter published on Tuesday. â€œWhy would a science museum have a science denier, who actively helps and encourages denial, in a position of power? “

The scientists’ letter is accompanied by the launch of a petition sponsored by 15 environmental groups, including the Sierra Club, Greenpeace and CREDO, calling for David Koch to be removed from his post on the board of trustees of the Smithsonian Institution and the American Museum of Natural History.

â€œClimate change and other issues are based on evidence and fact,â€ said Kevin Trenberth, climatologist at the National Center for Atmospheric Research (NCAR) in Boulder, Colorado, and signatory of the letter. “Too often, vested interests come into play and cast doubt where it shouldn’t exist and ideology emerges.”

In 2014, the Dallas Morning News reported The Perot Museum of Nature and Science in Texas largely bypasses the issue of anthropogenic climate change in its exhibits. Moreover, he ultimately failed to hang an approved sign describing the link between the burning of fossil fuels and global warming. Elsewhere in the museum, visitors can see a massive oil drilling bit, walk around a hydraulic fracturing well, and touch a chunk of the Barnett Shale, which fueled Texas’ recent natural gas boom. The institute’s main funders are ExxonMobil and the Rees-Jones Foundation, which was established by the founder of Chief Oil & Gas, among other fossil fuel executives.

The Houston Museum of Natural Science deals only with historic global warming, not modern human-induced climate change. Carolyn Sumners, the museum’s vice president for astronomy and the physical sciences, told the Dallas Morning News: â€œWe try to avoid saying things that don’t need to be said.

Georgia Aquarium in Atlanta Recount The New York Times in 2012 that he had no plans to include climate change in its exhibits anytime soon. Brian Davis, then the museum’s vice president for education and training, called his visitors “very conservative.”

â€œWhen they hear certain terms, our guests have passed out. We saw it happen, â€he said.

In contrast, a coalition of nearly 90 museums, aquariums, zoos and educational centers is working to better communicate scientific evidence and the consequences of climate change. The group, known as the National Network for Ocean and Climate Change Interpretation, is funded by the National Science Foundation. The Smithsonian National Museum of Natural History, of which David Koch is a board member, is part of the coalition.

Scientists who signed today’s letter to museums said they did so with caution and thoughtfulness. â€œI don’t sign anything,â€ Trenberth said.

It is also the latest example of scientists breaking tradition and plunging into activism.

â€œFor a long time, we stayed out of the public arena, chose to just present the facts,â€ and let policy makers decide what to do with them, Powell said. â€œBut when you start to think about your grandchildren’s future and see denial of science threatening them, how can you remain silent? “

New DC area science museums are fun for the kids