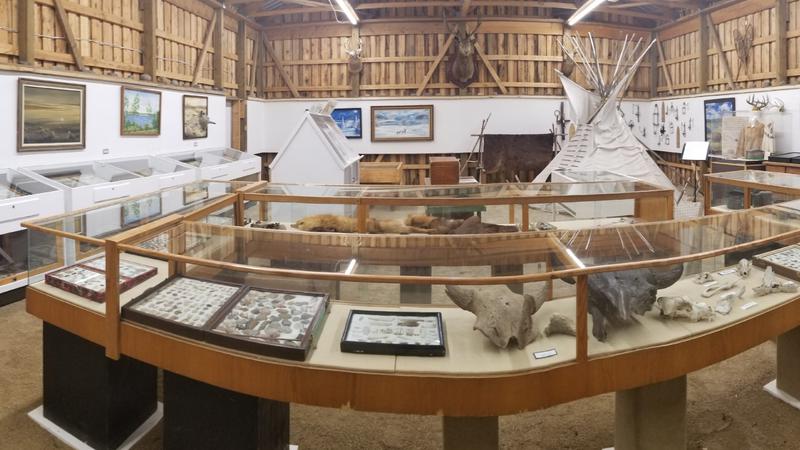 The Indigenous Peoples and Archeology Building houses two large collections donated by local people and their families. The initial gifts of the Hrytzak-Morgan estate were collected during the lifetime of Isadore Hrytzak, whose collection includes some 3,600 individual artefacts.

This already impressive collection has been completed by the Tom Smith collection. A long-time collector of First Nations artifacts, Tom Smith will collect approximately 1,700 artifacts in his lifetime. The two collections are now on permanent display within the museum.

The exhibit offers visitors a glimpse into life on the ancient plains, the use of indigenous tools, their culture, and the modern methods with which archaeologists discover and understand a way of life that cannot be included in textbooks. or classes.

The Melfort and District Museum was nominated for an Award of Merit from the Museum Association of Saskatchewan for its work on the Indigenous Peoples and Archeology Exhibit and was selected to receive this award in the category of institutions with a budget of over $ 50,000. The award was presented at a virtual event on Wednesday morning.

Gailmarie Anderson, Curator at the Melfort and District Museum, said it has been an honor to receive this award from such a professional institution and that the recognition they have received for it has been a true blessing.

â€œIt’s an honor,â€ Anderson said. â€œIt’s quite important because the museum is our professional association. They demand high quality work and we have succeeded. We have received kudos from museums across the province, as well as from the Canadian Museums Association, which puts us on the map.

The museum itself is within the city limits of Melfort and, over the past 50 years, has conserved, conserved and exhibited local artefacts ranging from ancient to contemporary. The Melfort and District Museum wishes to continue this legacy of education for future generations through the building of indigenous peoples and archeology.