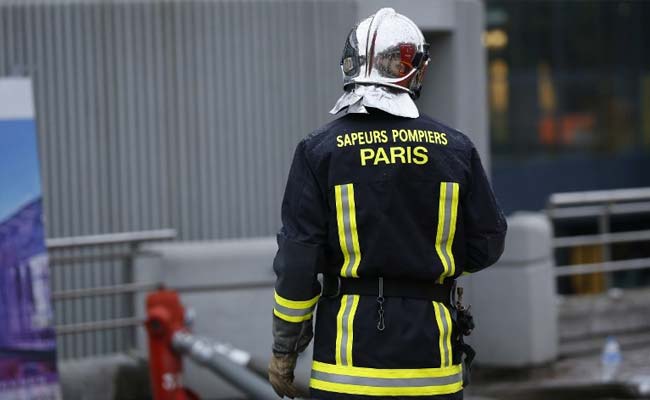 A firefighter stands near the CitÃ© des Sciences et de l’Industrie in Paris, where a fire broke out on the night of August 20, 2015 (AFP photo)

Dozens of firefighters fought a fire at the CitÃ© des Sciences in Paris, one of Europe’s largest science museums, on Thursday, firefighters said.

The fire, which broke out before dawn in an empty building being decorated, took five hours to be brought under control, spokesman Gabriel Plus told AFP.

About thirty fire trucks and 120 firefighters were dispatched to the scene. Two fighters were treated after being overwhelmed by intense heat.

“It’s still very hot inside,” Plus said, warning that there was always a risk the fire could resume.

The heat was so strong that the fire crews could only work 20 minutes in a row before having to take turns.

The CitÃ© des Sciences is more a center for learning science for the general public than a traditional museum.

Located north-east of Paris in the Parc de Villette, on the site of the city’s former slaughterhouses, the complex attracts around five million people per year.

The fire occurred in a 10,000-square-meter (107,000-square-foot) cube that was being fitted out for stores and was scheduled to open on October 15.