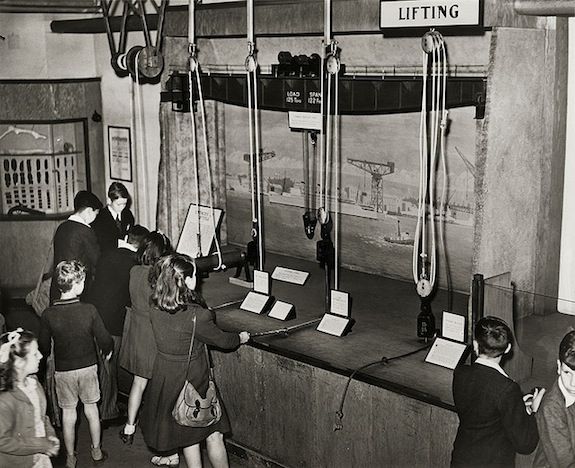 Think about the greatest scientific discoveries of recent years. The Higgs boson probably comes to mind, maybe. Or maybe get Curiosity on Mars. Now think of science museums. Their bread and butter are skeletons, fossils, animals and plants, things we can see. Will these museums survive when science is invisible or unbelievably distant?

Ian Sample asked a few people to The Guardianthe science podcast of recently. Ian Blatchford, director of the Science Museum in London, said they were doing all they could to “bring the ephemeral Higgs boson to life for the public in an upcoming exhibition.” But the challenges are enormous and some museums are looking to sponsors (like Shell and BP) to keep their exhibits alive. This decision, of course, has its own set of complications.

To the blog Museum 2.0, Nina Simon asked Eric Siegel, director of the New York Hall of Science, why museums aren’t more innovative. His answer ? â€œHe noted that as non-profit organizations, museums are built to survive, not to be successful. Unlike startups and rock stars, museums aren’t structured to aim for the moon and burn while trying. They are made to walk. Maybe it’s time to change that.

At the American Association of Museums, they recognize that funding and participation are hard to come by in an increasingly online world. But despite the financial difficulties, the museums persevered. In 2009, at the height of the economic crisis the AAM wrote:

My observation, after thirty years of work in the field, is that museums have an astonishing capacity to survive in the most hostile environments. These are the cockroaches of the nonprofit world – sometimes it really seems like you can’t kill them with an atomic explosion. Most of the time improbable Deus Ex machina saves the day: for example an unexpected cash gift or a free building. Note that this often only saves the distressed museum from closure – it does not cure the underlying dysfunction. The museum could simply struggle for another ten years before the next potentially deadly crisis.

Earlier this year, the AAM released a report titled TrendsWatch, which covered “museums and the pulse of the future”. They noted that museums were trying out new ideas, from social media to pop-up food-truck experiences. They give some examples of successful techniques for forward-looking museums:

In the future of museums, museums might not even be really museums in themselves. At the Museum of the Future, Jasper Visser writes:

Borders are blurring. I guess they’ve been blurry for a long time. The label becomes less important. Art fair, museum, library, shop, restaurant, gallery, for most people it is just a place to go for good history, entertainment and time to be with friends.

5 science museums that will fascinate the whole family