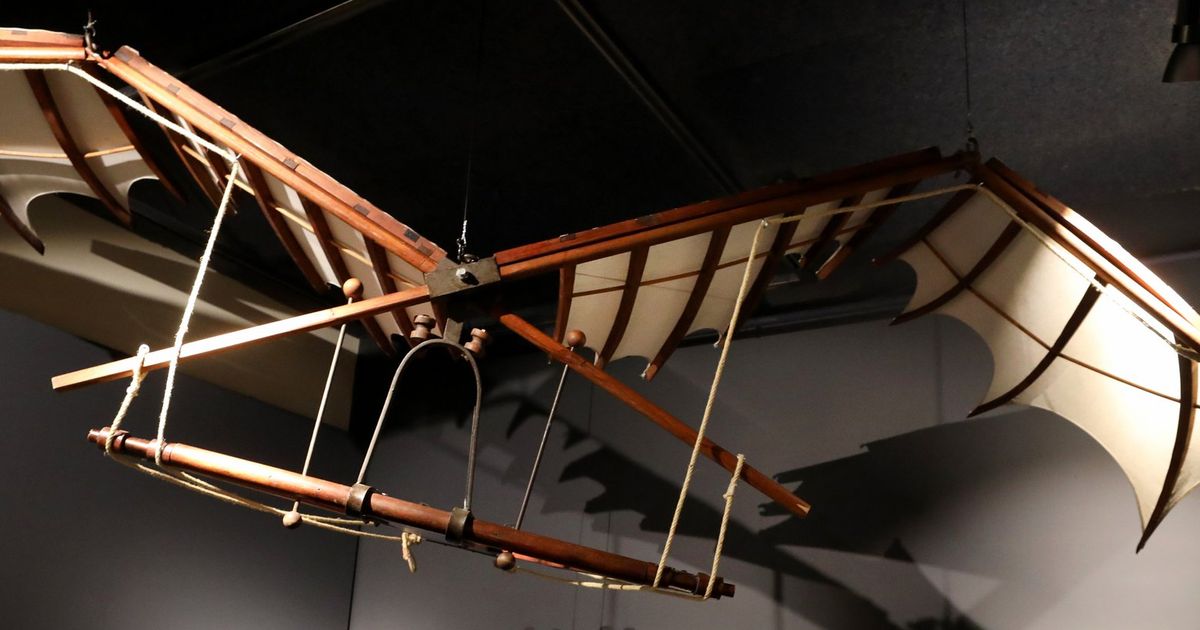 Editor’s Note: With the continued high number of COVID-19 cases, COVID protocols and other details regarding events are subject to change. Please check your event’s website for COVID requirements and the latest information, and consider safety recommendations from local health authorities as they are updated.

With the clock ticking, it’s time to come in (with masks on!) And check out these great exhibits at Seattle-area museums. There’s something here that’s sure to spark your interest, from authentic Disney movie costumes to Leonardo da Vinci’s flying machines.

Discover our state’s fossils through the elaborate and scientifically accurate work of Alaska-based artist Ray Troll. The small but mighty ‘Cruisin’ Around Washington ‘exhibit at the Burke Museum of Natural History and Culture ends October 10, so check it out soon. While you’re at it, take a look at what the researchers are working on. The whole Burke premise is a bit far-fetched – the museum puts its Staff on display. Through floor-to-ceiling windows you can watch researchers at work, perhaps ride butterflies, or clean sea otter skulls.

“Dines Carlsen: in its own way”

Last year, the National Nordic Museum donated more than 900 works by American painter Dines Carlsen. Dines was the only child of famous Danish artist Emil Carlsen; he was homeschooled and his father taught him art. After the death of her father, Dines branched out and developed her own style. This exhibition presents a changing selection of works from the museum’s collection.

Transgender people are part of the history of the American West, but their stories have been kept quiet. An original exhibit at the Washington State History Museum features some transgender pioneers from 1860 to 1940, even before the concept of transgender existed. There was Mrs. Nash, for example, who did General George Custer’s laundry and was married to a senior official. It was only after her death that it was discovered that she did not conform to gender norms.

Leonardo da Vinci was an artist, scientist, engineer and general genius – the ultimate man of the Renaissance. This exhibition at the Museum of History & Industry explores his ideas and the scientific and artistic principles behind them. You’ll see models of his flying inventions, replicas of his notebooks, and machines that you can try out for yourself.

The Chief Seattle Days, established in 1911, is an annual celebration in honor of the famous Suquamish chef and namesake of the city of Seattle. It takes place every August at Chief Sealth’s Tomb in Suquamish, across from the Suquamish Museum. Due to COVID, this year’s event has been reduced and limited to tribal members and their households. In previous years, the celebration included canoe races, drumming, dancing, and a salmon pastry. This exhibition includes historical photographs from this long tradition.

Did you know that extremely low air pressure will make your blood boil? Doctors and researchers had to fix this, not to mention the extreme cold and lack of oxygen, as humans began to venture higher and higher into space. “Stranger Than Fiction” at the Museum of Flight uses a comic book format to tell the stories of daredevils who have performed risky aerospace experiments on themselves. Not for the faint of heart.

“Heroes and Villains: The Art of the Disney Costume”

It’s everything from the outfit Julie Andrews wore as Mary Poppins to Angelina Jolie’s Maleficent dress. “Heroes and Villains” at the Museum of Pop Culture includes over 70 original objects featured in Disney films. You’ll see familiar ball gowns, capes, tiaras, wigs, and glass slippers at this family-friendly exhibit, and learn about the process of creating these iconic costumes.

The first Filipinos arrived in the continental United States 434 years ago as crew members aboard a Spanish galleon. To commemorate the date the ship docked (October 18), Philippine American History Month is celebrated in October. Now is the perfect time to check out a special exhibit at the Wing Luke Museum of the Asian Pacific American Experience on Filipino American history and identity.

JiaYing Grygiel
is the mother of two boys and a freelance writer and photographer. She blogs at photoj.net.