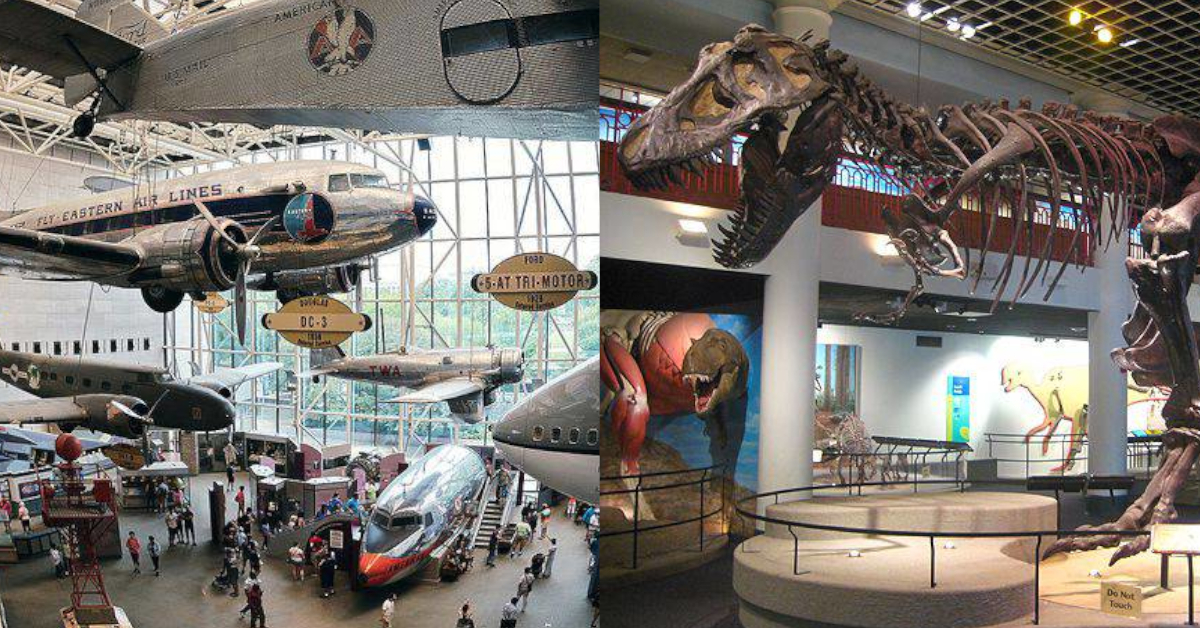 The museum’s exhibits take you on a visual feast of a visit. From the first attempt at flight to the incredible achievements of space adventures.

If you love science and technology, especially aviation, this is a must visit for you and your family. You’re in for a treat – you’re in luck.

5. The Te Papa Museum, Wellington in New Zealand has more than science stuff

The Te Papa Museum in Wellington is the national museum of New Zealand. Te Papa roughly translates to “Our Place” in Maori, and the museum opened in 1998 after merging with the National Museum and National Art Gallery.

Its exhibits are not exclusively scientific in nature, but it has large collections of fossils, archaeozoology, plant specimens, birds as well as a wide range of amphibians, reptiles and mammals. It also offers exhibits on arts, history, Taonga Māori and Pacific cultures.

His most famous exhibit is his enormous 495 kilograms colossal squid specimen. Unfortunately, this is currently displayed, but is expected to return in 2019.

6. The Universeum in Sweden is great for families

The Universeum in Gothenburg, Sweden is a perfect day out for the whole family. It prides itself on being designed for children, with exhibits, interactive exhibits and an aquarium.

There’s even a three-story “rainforest” with its own horde of little inhabitants. Although the entertainment is primarily aimed at children, there are plenty of displays that will appeal to adults as well.

As their website proudly boasts, “Universeum is a place where play leads to knowledge. Here, animals and nature mingle with new technologies and exciting experiences. Go on safari in the rainforest, dive into the depths of the ocean zone or challenge your body and mind in Health. A visit to Universeum is an unforgettable adventure.”

7. The City of Science and Industry in Paris is the largest in Europe

The City of Science and Industry [Museum] in Paris, France would be the largest science museum in Europe. In 2016 it celebrated its 30th anniversary and is built on the site reclaimed from the city’s Napoleonic slaughterhouse compound.

It offers a wide range of fascinating exhibits covering exploration, medicine, space, botany and industry. There is also an impressive planetarium, a submarine, an IMAX theater (La Geode) and children’s play area.